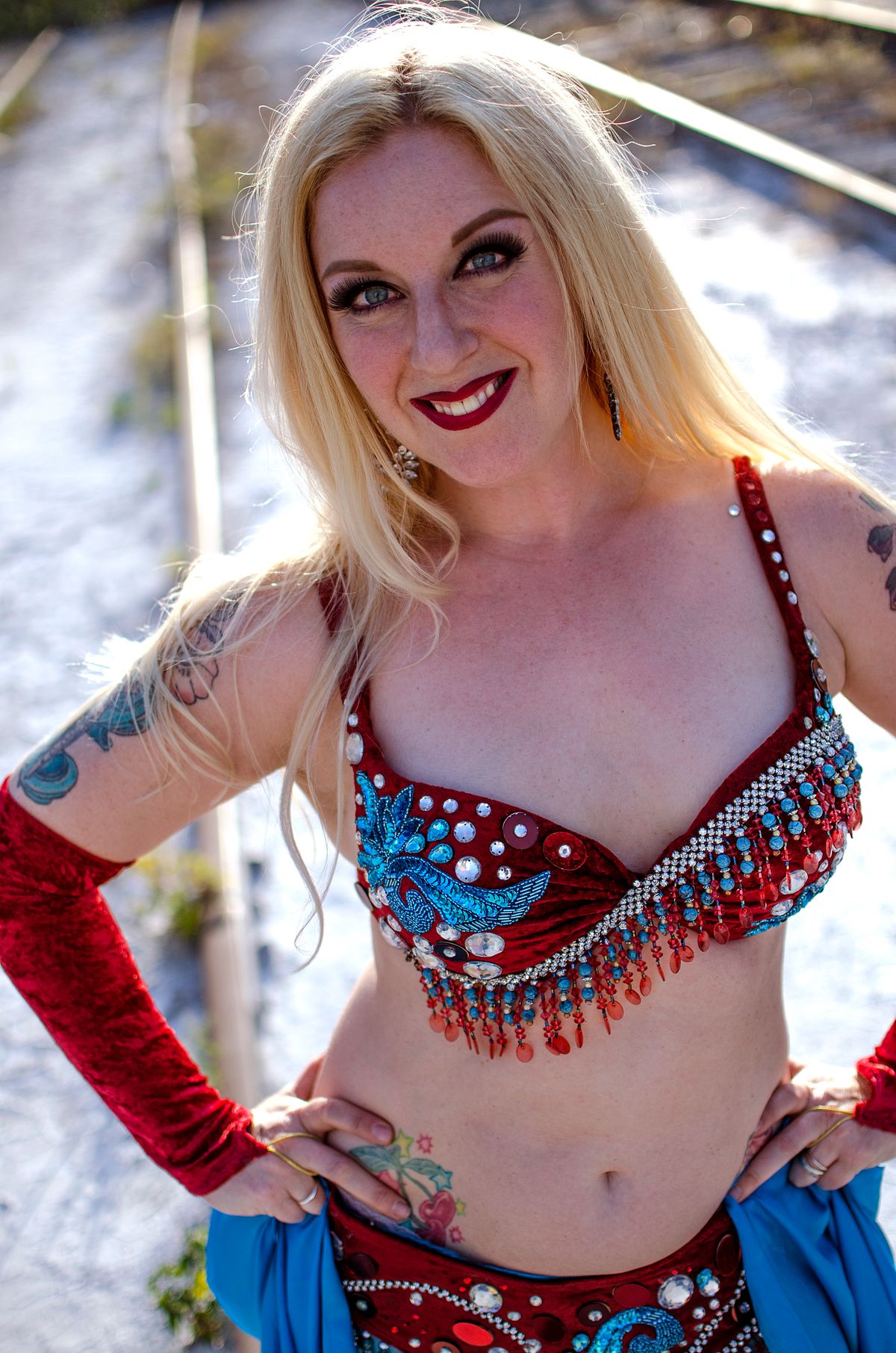 Jill Castle, aka, Nilla Bean, has been on stage performing various styles of dance since her teenage years. First stripping out of an evening gown on stage during the musical Guys and Dolls and being your typical boisterous cheerleader; she was hooked on making the audience laugh while being the center of attention. Nilla started belly dancing in upstate New York back in 2004 and was hooked after just one class. A few years later she and a partner started the SunDancers, a women’s dance workout group that catered to women recovering from cancer surgery and their supporters. From 2006 to 2011 she worked for a pro-choice health clinic and led youth empowerment and self esteem classes through dance. Moving on to New Hampshire in 2011 she joined the belly dance troupe The Raq-ettes under the dance name Jillian and worked for Raq-On Dance Studio. This allowed her the time to hone her burlesque identity while leading ‘pin-up and cheesecake burlesque’ classes. It was a sad farewell to her performance community who awarded her the Raq-On Dance Community Award at the end of her final show with the studio. Her latest move to the Tampa Bay/St Pete area of Florida in 2013 has yielded the highest results in her dance career. Joining Hip Expressions Dance Studio and performing with some of central Florida’s best belly dancers and burlesque babes she has found her home. She is becoming known for her pirate and mermaid acts and loves learning new combinations in belly dance to use in her improvisations. Nilla also performs as a founding member of the Hip Stars, Hip Expressions professional belly dance troupe directed by Johanna, and is a member of Samba Syndicate, directed by Erin. Jill’s been designing and sewing costumes since she was a teen, baking up cupcakes for those she loves for over 15 years, and has been laughing louder than anyone within earshot for as long as she’s been shimmying this earth!